“Talent” does not exist 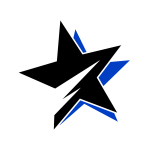 Talent does not exist. People that have failed to achieve anything meaningful in their life, often find themselves using the word “talent” to excuse their own failure. The truth is, that they just weren’t motivated enough. If you find yourself disagreeing with this article, try to ask yourself whether you’re doing something you would be willing to die for. If your answer is no, then you lack ambition and not “talent”.

Why does “Talent” not exist?

Most people think that you need “talent” to be exceptionally good at a certain skill or an activity. This is not true at all. What is true – is that having a certain genetic code can make it slightly easier to be better at a certain skill. But it certainly doesn’t mean that it’s enough to be great. And it is also not true that without this genetic advantage, greatness cannot be reached.

It is true that you can have certain genetic advantages when playing sports for example. A short person won’t be as great at basketball as a tall one. But if the tall person never played basketball in his life, and the short person played basketball every day for an hour, guess who’s going to be better. I wouldn’t call it “Talent” but a genetic advantage in this instance though. What the majority of people think is that “Talent” is an innate skill that can’t be acquired without being born with it. No such thing exists.

If “Talent” did exist, how could I delete it?

When I was in primary school, I went to a psychologist and she did some IQ tests on me. One of the things she found out was that I had mathematical skills above average. Most people thought I had a “talent”, but I didn’t believe that. So guess what. I did a little experiment – I stopped learning math for a few years. Suddenly my grades went from 100% to 50%, where’s my “Talent” now? Don’t think that I gave up there, it certainly wasn’t enough for me.

So if “Talent” is innate, how could I create it?

Deleting the so-called “Talent” gave me only partial satisfaction of my experiment since it is supposed to be innate, I must create it to prove that talent does not exist. At the time, I was great only at math – and terrible at all other school subjects. So when I came to high school I tried to switch it. Instead of learning math, I would only focus on all the other subjects. Suddenly, I was horrible at math and great at all other subjects. Talent has been born! I also have to admit that I am terrible at drawing. I can’t even draw the simplest things. Is it because I lack talent? No. It’s because I have virtually no experience and drive to do so. I can guarantee you that if I loved drawing, and I spent hours drawing every single day for many years, I would be the next Picasso.

Now it might seem all shiny and great, but that’s simply not the case. It took me about 3 years to be great at all other subjects, and I wouldn’t have become better at them if I didn’t have the determination. Aside from this “experiment”, I found out that I really enjoy learning, and that gave me the ability to learn anything. A few years ago, I couldn’t memorize a very simple historical fact, and now I can learn it with ease.

I was not born with any kind of “Talent” instead, I have gained enough experience to find an efficient way of learning. I didn’t go from a D student to an A student overnight. A complete change of my perspective and attitude towards life had to happen first. I didn’t learn for the grade, I learned for the purpose of learning. I love learning new things. Being interested in something certainly can help you improve your skills, but it’s not enough. You must be obsessed with the thing you pursue, otherwise, you can’t reach greatness.

Most people that use these excuses are the types of people that use instant gratification as their pleasure, instead of pursuing greatness. I tried this kind of a lifestyle for a year, and I can tell you that not just my greatness, but my overall drive for life had disappeared. If you want to get rid of distractions, here is a small list of things I recommend you to avoid:

In this article, I am mainly focusing on explaining why “Talent” does not exist. In the future, I will write an article about how to create the correct environment to naturally create a productive lifestyle. Having self-discipline certainly helps you with achieving your goals as well.

“It took me 5 years to make something comfortable for your ears.” – this is a verse from one of my songs which I wrote after 5 years of rapping. When I began rapping, it seemed like a joke, since it was so bad that people thought I just couldn’t possibly take it seriously. After a few years, people began telling me that I should really find a different hobby, that I don’t have TALENT for this. Had I believed them, I would’ve fallen into the trap most people fall. Just a year or two later, I released a song called “Burn My Past” which I would’ve never made if I’ve given up because of my apparent lack of talent.

It took 5 years to make something that sounds better than ear rape – yet I still have a lot of space for improvement. And that’s exactly what you must realize as well. It’s not about becoming great right away, instead, you should focus on improvement. During my first 2 years, I saw little to no improvement, it was in my 3rd year during which I finally noticed a slight improvement. You must do something, that you can keep doing even if everyone is telling you to do the opposite. Burn your past – ignore what seemed impossible till now, make it possible. Your past is just that – your past. It’s not the present, nor the future.

You don’t lack talent, you lack direction. You don’t know what you want. If there was a goal that you could love as much as you can love a partner in a serious relationship, then you would spend all your time and energy on reaching this goal. All you need is a purpose in which you believe and for which you’re willing to sacrifice everything. This is how I managed to gain the ability to learn anything, and so can you.

Of course, don’t get me wrong here. Just reading a book 100 times won’t make you understand the book. I could read a book hundreds of times and I would remember nothing. But if I read and visualized a book I am truly interested in, then I would certainly remember a lot more. It’s not just about the time you put in. What makes the difference is how you use this time. I would be lying if I said that everyone can be a genius. But I certainly can’t be wrong if I say that anyone who puts all their focus on a certain task, for enough time, can achieve it.

If yes, then don’t forget to subscribe yourself to our newsletter!

Are you a real supporter of ProX Clan?

In addition, if you want to get some special benefits, then also check out our Patreon. Benefits include items such as a mug with our logo on it, or access to a special chat for our supporters on Discord.

Anything is possible, if you’re willing to sacrifice everything to achieve it.

I am the Founder of the ProX Clan. My main goal is to improve myself and others in the process. I focus on my long-term growth and not my short-term feeling or pleasure. I do not let myself be controlled by emotions instead, I use rationality and logic at all times. If you choose to see reality instead of dreaming your fantasy, then I can help you open your eyes.

Make sure to support us on our Patreon and gain exclusive benefits!

“Talent” does not exist

Psychopaths and Sociopaths from a different view